The Cluster System at Catholic Regional College Sydenham is often referred to in other schools as a House System. Students at Catholic Regional College Sydenham usually spend only two years in the College so half of the student cohort is new every year. The connection is therefore established on a smaller level with peers and staff within a Cluster. The Cluster Coordinators are charged with the responsibility for each student’s learning pathway and their wellbeing within the College so that they can access their learning program. These learning programs are established and monitored with the sole purpose of providing a meaningful post-secondary school pathway to further study, apprenticeship, traineeship or work. Each of the Clusters is named after a significant Australian with each of these patrons lives being a part of the Cluster story, values and journey for each student through their time at Catholic Regional College Sydenham. 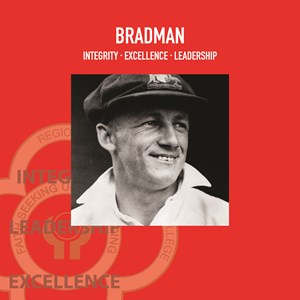 Born in the small town of Cootamundra, NSW Sir Donald George Bradman is undisputedly the greatest batsman of all time. His test average OF 99.94 is head and shoulders above anyone else and manyo f his records still stand today. He wanted a very private life. Without question Sir Donald Bradman was the greatest of all batsmen but this other great accomplishment was his sense of duty to respond to thousands of letters from fans of all ages. He often spent up to four hours a day personally replying to every letter he received.

Sir Don’s sportsmanship, dedication and love sport should act as an example to all.

The Bradman cluster takes inspiration from the values Sir Don embraced during this life; hence we commit ourselves to the core values of integrity, excellence and leadership. 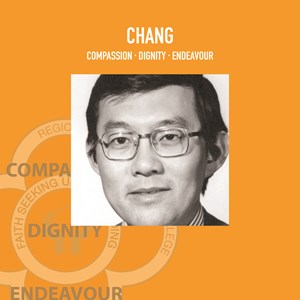 Victor Chang is remembered for his incredible dedication, hard work and humanitarian efforts. He was a leading cardiac surgeon in Australia and is noted as one of the pioneers of heart transplant operations.

Victor’s medical work was accompanied by his skilled campaigns and his achievements as a respected humanitarian. This was recognized in him being awarded the Companion of the Order of Australia for “scholarly achievement and humanitarian endeavours”. In 1994 the Victor Chang Cardiac research institute was posthumously named in honour of his lifetime of achievements.

The Chang Cluster takes inspiration from the values Victor has embraced during his life, hence we commit ourselves in the core values of compassion, dignity and endeavour. 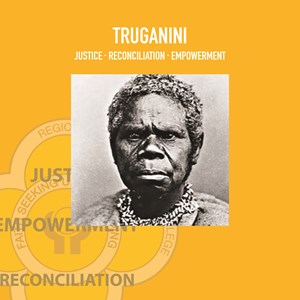 Truganini is the most famous of the Tasmanian Aboriginals.

Her early life is marked by death and dispossession at the hands of the early settlers and by March 1829, she lost her entire family and her traditional lands.

In February 1839, along with Woorraddy and fourteen other Aborigines, she was forced to accompany Robinson to the Port Phillip district. Desperate to return to her homeland, she rebelled and joined other Port Phillip Aborigines in resisting Robinson’s integration plans.

Although she pleaded that her body be treated with respect after she died, it was exhumed in December 1878 and placed in the Tasmanian Museum where it was on public display from 1904-47 – the final and ultimate humiliation.

Truganini’s life story is representative of the wider struggles of all the indigenous peoples of Australia and their story of dispossession, dehumanisation and abuse. It is one that continues to cry out for JUSTICE in our contemporary world.

Her willingness to work with the European settlers in her home state of Tasmania to bring about a resolution to the conflict that existed between Indigenous Australians and the European colonisers makes her a powerful and symbolic figure for the ongoing call for RECONCILIATION within the Australian community between people of all races, cultures and backgrounds.

As an indigenous woman in a world that systematically disempowered both, she fought a rebellion against people and structures that caused so much pain and suffering in her and other’s lives.  Achieving so much in her life and to have survived so long in a hostile environment makes her an ongoing model of Empowerment for the voiceless and marginalised of our community. 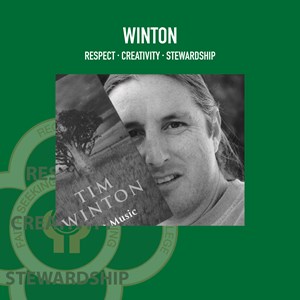 Winner of some 16 literary awards, popular with children and adults alike. Tim Winton is one of this country’s finest novelists. He is known for his ability to represent growing up in Australia and his passion for imagination and storytelling.

He is also committed to preserving the natural treasures of Australia and the raising awareness of the fragility of the global environments. His career provides inspiration to all to discover and unlock the person within themselves and to give it the fullest possible expression.

The Winton cluster takes inspiration from the values Time has embraced during his life, hence we commit ourselves to the core values of stewardship, creativity and respect. 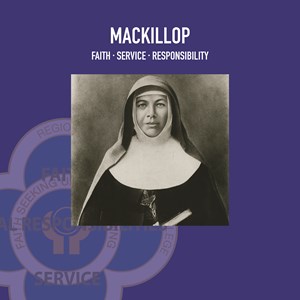 The first Australian saint, Mary Mackillop was the eldest of eight children and was born in Melbourne. She had an unsettled childhood and experienced hardship but her faith sustained her and she later dedicated her life to providing education for the poor. She founded the order of the Sister of St Joseph and at times had to persevere with her cause despite criticism from the hierarchy of the Catholic Church. Her order was responsible for opening numerous schools, orphanages and refuges for women in distress. She believed that one should never see a need without trying to do something about it. In everything she said or did, she showed respect, compassion and love for those around her, making no distinction between those from different backgrounds. Her committed faith and unwavering courage gives us hope in our own lives.

The MacKillop cluster takes inspiration from the values. Mary embraced during her life, hence we commit ourselves to the core values of faith, service and social responsibility. 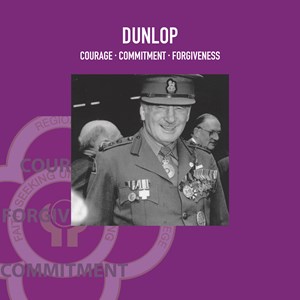 Sir Edward “Weary” Dunlop was truly a distinguished Australian who lived his life in the service of others. In his early years he capitalized on his sporting and intellectual abilities by excelling in both a brilliant student of medicine and an international rugby player who represented Australia. He is most famously known for his experiences during Work War II, where he served in many battles and became a legend through his heroic work as a surgeon amongst the prisoners of war on the notorious Burma railway. Weary Dunlop was a remarkable human being in that he was able to truly wholeheartedly forgive his enemy at whose hands he and his comrades were subject to extraordinary suffering. The result of the forgiveness has been the creation of many program’s forming bonds between the citizens of Australia and many Asian nations. Weary always responded with compassion and dignity to those in need.

The Dunlop cluster takes inspiration from the values Weary embraced during his life, hence we commit ourselves to the core values of courage, commitment and forgiveness. 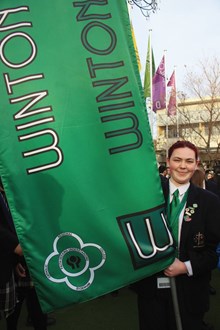